BE IN THE KNOW ON

Expert insights. Personalized for you.

We organize all of the trending information in your field so you don't have to.
Join thousands of users and stay up to date on the latest articles your peers are reading.

We've sent an email to . Please verify that you have received the email.

We have resent the email to

Are you sure you want to cancel your subscriptions? 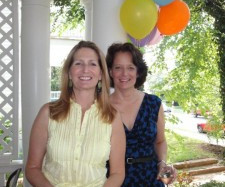 The Three Sentence Rule – Yeah, I Stole It